AccueilOthersTogo - UFOA B U17: The Togolese Team disqualified by CAF
Others

Togo – UFOA B U17: The Togolese Team disqualified by CAF 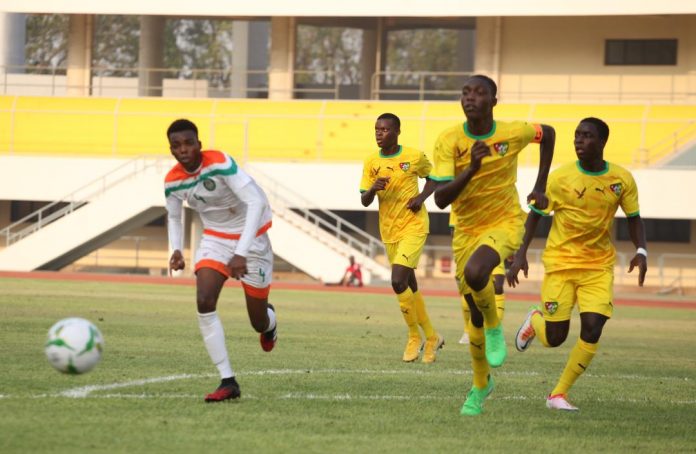 Togo’s team has been disqualified sunday from UFOA B Under 17 Tournament for cheating on the age of the players. The country’s Football Federation does not however accept the blame.

Despite its two victories in as many matches, the host country of the competition, Togo will not play the semi-finals of the UFOA B U17 Tournament.

Through a letter from UFOA B published on Sunday, January 10 2020 and addressed to the Secretariat of the Togolese Football Federation (FTF), the sub-regional institution declared the disqualification of the Togolese under-17 selection.

As a result, the Sparrowhawks’ two victories against Niger and Benin are cancelled.

Meanwhile, the Togolese football ruling body rejects the accusations and “intends to appeal as soon as possible”.

« While waiting to have the official reasoned decision of the organizing committee of the U17 competitions of the caf, the Togolese football federation is protesting against this unjustifiable decision and intends to appeal as soon as possible », said the FTF in a press release on Sunday.

Nevertheless, If this decision of the tournament organizers is confirmed, Benin which had no points will still have one last chance to qualify for the semi-finals, against Niger with currently one point and the leading team in group A, Burkina Faso is already qualified with 4 points.

El commander where are in the investigation? Too long
We have the right to know and especially no interloupe