AccueilOthersStartling murder of a wing commander in Togo
Others

Startling murder of a wing commander in Togo 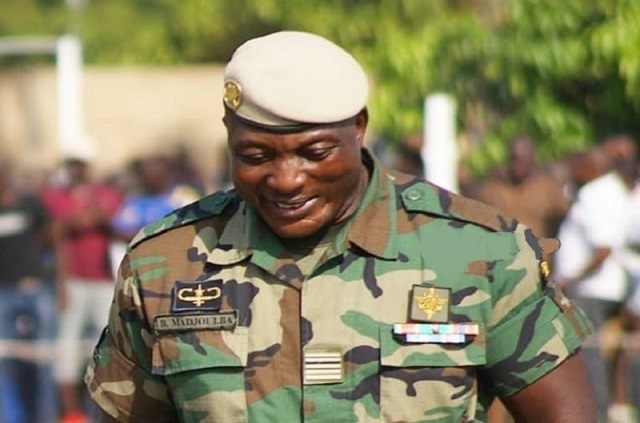 In Togo the commander of the 1st Rapid Intervention Battalion (BIR) was found dead in his office on Monday morning May 4, 2020.

We learned that Colonel Bitala Madjoulba was found lifeless in his office with a gaping wound in the neck. The rumors spread very quickly on social media that he was stabbed by a knife.
According to the public prosecutor, Essolizam Poyodi, after the autopsy by the forensic scientists, they discovered that he was killed by a bullet.

This incident happened the following day to the inauguration of Faure Gnassingbé’s new term. This is his fourth term after the February 2020 presidential election’s result which is still being contested by his opponent Gabriel Messan Agbéyomé Kodjo.

Colonel Bitala Madjoulba was present at the President’s inauguration ceremony. He also took part in the Togolese Armed Forces allegiance ceremony to the Head of State at the Presidency on Sunday May 3.

He was the senior officer who commanded the 1st Rapid Intervention Battalion of the first military region since the army’s reorganization in 2014.

An investigation led by General Yark Damehame is therefore in process after the death.

Colonel Tchangani Atafaï is then appointed as commander of the Rapid Intervention Bataillon (BIR), while the inhabitants of the late commander’s hometown Siou, through a spontaneous demonstration manifested their anger and eagerness to hear a satisfying outcome from the ongoing investigation.